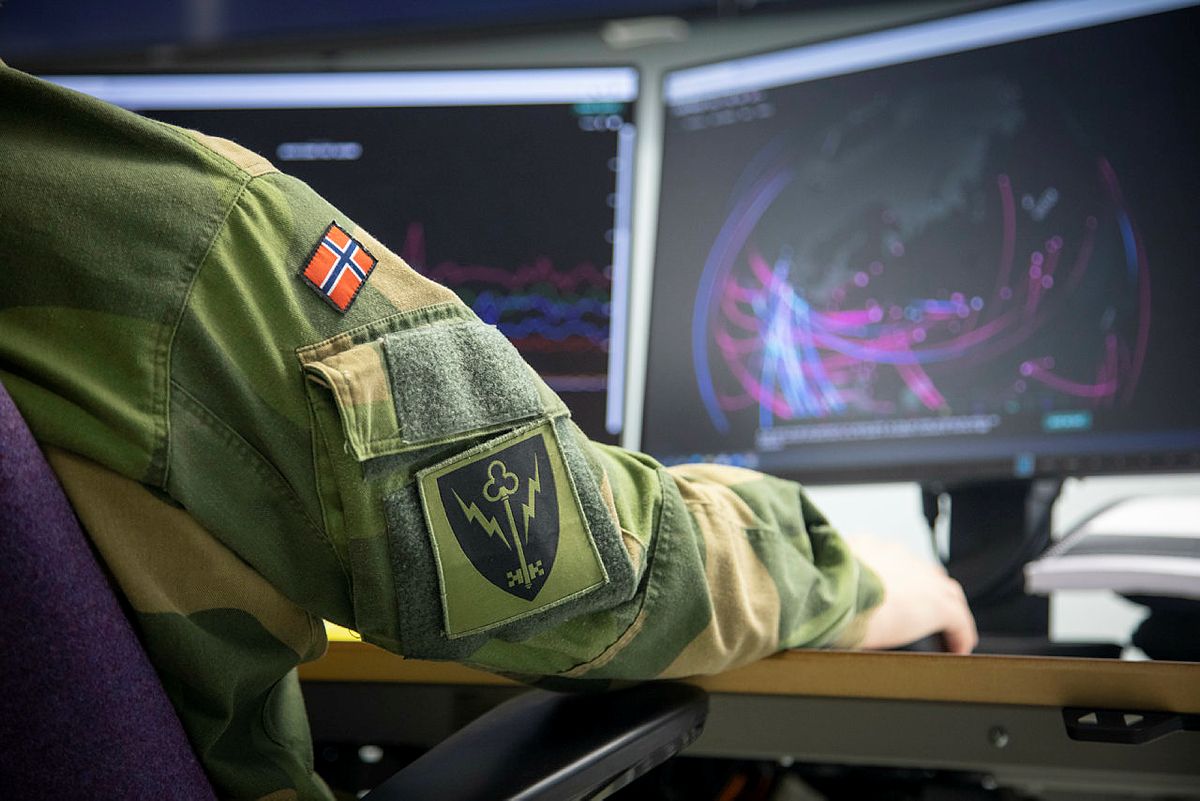 Cognitive warfare and the use of force

NATO currently recognizes five warfighting domains: land, sea, air, space, and cyberspace. An increasing amount of literature[1] suggests adding a sixth: the cognitive domain.[2] The gap this new domain is supposed to fill is the territory fought over in the battle for the minds of a country’s population. This article briefly describes the phenomenon of cognitive warfare, and sheds light on one (of many) legal and ethical challenges that should be resolved before NATO further considers whether or not the cognitive domain should be added as the 6th warfighting domain.

Even though propaganda and influence strategies have always existed, the sophistication of new digital technologies, and the increasingly widespread use of social media has made it possible for actors to reach larger audiences with customized and targeted content at machine speed. Cognitive warfare takes well-known and novel approaches within information, cyber, and psychological warfare to a new level by not only attempting to alter the way people think, but also how they react to information. Furthermore, methods of cognitive warfare blur the lines between civilian and military targets, and arguably shifts the application of force from physical to virtual domains.

Cognitive warfare attempts to alter people’s perceptions, which is the fundamental basis for action. Perception is a product of cognition, which is the “mechanism” cognitive warfare attempts to tap into. To understand cognitive warfare, it is useful to start with the concept of cognition, possibly defined as “the mental process of acquiring and comprehending knowledge, which implies the consumption, interpretation and perception of information” (Ottewell, 2020). Consequently, one possible understanding is that the cognitive domain consists of “perception and reasoning in which maneuver is achieved by exploiting the information environment to influence interconnected beliefs, values, and culture of individuals, groups, and/or populations” (ibid).

Based on the interpretation of the cognitive domain presented above, Paul Ottewell (2020) defines cognitive warfare as “maneuvers in the cognitive domain to establish a predetermined perception among a target audience in order to gain advantage over another party.” Another definition has been presented by Rosner and Siman-Tov (2018, p. 1), who assert that cognitive warfare is “manipulation of the public discourse by external elements seeking to undermine social unity or damage public trust in the political system.” Bernal, Carter, Singh, Cao & Madreperla (2020, p. 3) contend that cognitive warfare is “the weaponization of public opinion, by an external entity, for the purpose of (1) influencing public and governmental policy and (2) destabilizing public institutions.” Lastly, Oliver Backes and Andrew Swab (2019) understand cognitive warfare as a strategy that focuses on altering, through information means, how a target population thinks – and through that how it acts.

Together these definitions highlight the core elements of cognitive warfare. They argue that the aim is to influence and/or destabilize through altering how people think and act. However, they also emphasize that the end goal is to gain some sort of advantage over another party. In sum, the purpose of cognitive warfare is to bring about a change in the target community’s policy, via the cognitive process, advantageous to the attacking state (or non-state actor).

Consequently, the aim of cognitive warfare is arguably the same as within the other warfighting domains; to impose ones will upon another state. This is in line with one of the main elements of Clausewitz’s definition of war: “…an act of violence intended to compel our opponent to fulfill our will” (Von Clausewitz, 1968). According to Clausewitz, war is conducted for some second-order purpose. States do not go to war simply to commit violence, but to impose their will upon other states.

Despite this common feature, there are important differences between actions in the cognitive domain and in the physical domains. First, cognitive warfare is non-kinetic. The assertion is that it is possible to win a strategic competition in the cognitive domain without the use of conventional force, i.e., before the targeted party recognizes that its interests are threatened. Some academics will reject the idea that actions that do not include the first part of Clausewitz’s definition (physical violence) can be characterized as acts of war.[3]Others suggest that physical violence is not the only form of violence that should matter.[4] Regardless of one’s standpoint within this larger academic debate, the result of treating the cognitive domain as a warfighting domain is the implication that an action within this domain can be characterized as an act of war. Consequently, one main issue that the Alliance potentially needs to resolve is: when should an action within the cognitive domain be considered an unlawful use of force? This question is important to address because some actions within the other domains fall below the threshold of use of force, and this will also be the case within the cognitive domain. How do we determine where this threshold should lie?

Use of force in the cognitive domain

To approach this question, the natural starting point is the U.N. Charter, which defines the limits of warfare. Article 2(4) prohibits the “threat or use of force against the territorial integrity or political independence of any state.” The main exception from the prohibition of use of force is expressed in Article 51, which allows for “self-defense if an armed attack occurs against a Member of the United Nations.” These articles were written at a time when lethal kinetics were the main instruments of war. However, as previously mentioned, cognitive warfare is not kinetic, nor directly lethal. Establishing a threshold within the cognitive domain is consequently very challenging, but no less important. The importance lies in Article 51. Categorizing actions within the cognitive domain is a precondition to determining which legal regime governs state behavior. As an example, if we decide that state-sponsored influence operations should constitute a use of force, then international law governing the use of force, and the Law of Armed Conflict, apply. In appropriate circumstances (if an armed attack has occurred), a state’s right to self-defense could be triggered, in accordance with Article 51, and thereby permit a forceful – and perhaps even armed – response. Thus, discerning a use-of-force threshold seems to be necessary to distinguish between lawful peacetime maneuvers in the cognitive domain, and unlawful uses of force within this domain which could trigger the right to national (and collective) self-defense.

Legal and ethical clarity about this issue should therefore be of high priority if the Alliance decides to treat the cognitive domain as a military operational domain. A framework needs to be developed, from which a set of principles and legal articles can be derived, so that acts of cognitive warfare can be identified and appropriately be responded to.

One approach to this challenge is to revisit the debate that took place when NATO declared the cyber domain as an operational domain. The main issue for the participants in that debate was that cyberattacks are non-kinetic, and most importantly, the argument that the existing international frameworks could not accommodate cyberattacks because they do not appear to use physical or violent means as they only involve the manipulation of computer code. However, given the potential consequences of cyberattacks, many argued that it was implausible to suggest that no state could ever use military force to protect itself from them. As a result, a new consensus within the legal and philosophical literature argued that the nonphysical or nonviolent nature of cyberattacks should be irrelevant if they produce significant physical effects (e.g., injury or death of individuals or damage or destruction of physical objects) (Schmitt, et al., 2013, p. 93). Consequently, they concluded that a state is justified in using military force to defend itself unilaterally from cyberattacks that intentionally and directly produce significant death and destruction (Smith, 2018, p. 223; Schmitt, et al., 2013, pp. 48-49, 93).[5] An example is the cyberattack commonly referred to as “Stuxnet,” which disrupted Iran’s nuclear enrichment information and communication technology (ICT) infrastructure in a joint US and Israeli operation (Fruhlinger, 2017). The action resulted in physical damage on centrifuges at the nuclear fuel processing plant.

The threshold suggested for the cyber domain is that actions that directly and intentionally cause significant physical effects, qualify as a use of force (and potentially trigger the right to national self-defense).[6] Some have suggested that this framework can be revised and used to develop legal definitions and metrics for cognitive acts of war.[7]

However, this does not seem plausible nor satisfactory, as the operations within the cognitive domain that we have seen so far, such as the Russian influence operation targeting the American public in connection to the 2016 presidential election, has not led to “significant physical effects.” One could argue that influence campaigns with the goal of destabilization and encouragement to violence (e.g., the January 6th, 2021, attack on the U.S. Congress) can in fact result in physical harm. However, these effects are indirect, not direct, as the current consensus encourages. Consequently, the framework suggested for the cyber domain cannot easily be adapted and applied to the cognitive domain in a meaningful way.

Cognitive warfare arguably represents a significant and new challenge to our moral and legal understanding of war. Consequently, there is a need for debate regarding how this new type of warfare should be understood and regulated. The important and difficult challenge for the Alliance moving forward is to think fundamentally new about which actions in the cognitive domain should be considered unlawful actions of war if it decides to implement the cognitive domain as the 6th warfighting domain.

Fruhlinger, Josh. (2020). Ransomware explained: How it works and how to remove it. CSO. URL: https://www.csoonline.com/article/3236183/what-is-ransomware-how-itworks-and-how-to-remove-it.html

[6] The Tallinn Manual includes both directness (i.e., greater or lesser extent of attenuation in the causal chain) and immediacy (e.g., the sooner the effect manifests) as criteria for assessing the relationship between cyber-cause and physical effect (Schmitt et al., 2013, p. 50).