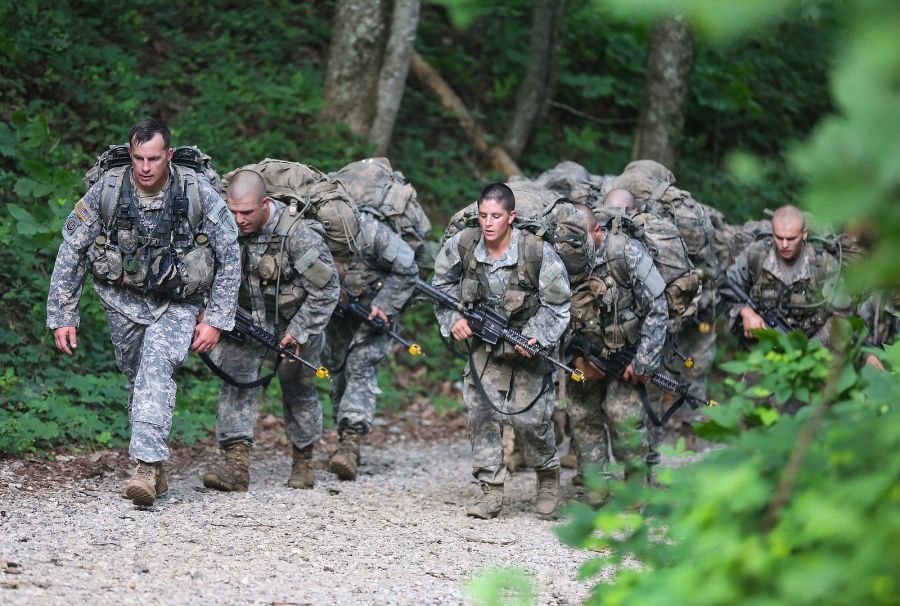 Women in the U.S. military

Jennifer Jantzi-Schlichter, U.S. Army, serves as a company commander in the 98th Civil Affairs Battalion. She holds a BS from the U.S. Military Academy and an MS from the Naval Postgraduate School.

As of January 2016, all combat jobs have been open to women in the US military. This policy delivered by the Secretary of Defense articulates that there are no restrictions to women serving in any branch of the military to include Special Operations Forces (SOF).  This long anticipated change came with varied levels of support and controversy.  Throughout US history, changes in military policy regarding integration have been met with resistance.  Examples include the inclusion of black Americans into the military in 1948, the acceptance of women at US services academies in 1980 and the inclusion of homosexuals into the military in 2010.  Despite this controversy, all aforementioned integration was executed with minimal impact to mission success. In the recent controversy regarding women in combat, republicans and democrats had generally opposite opinions on the policy; republicans voicing their disapproval and democrats voicing their support.[1] Military leadership presented a varied stance, with a split between those who support and oppose, which is similar of the American public.  The most recent question is whether President Trump’s administration will attempt to repeal the inclusion of women in combat roles. Former Defense Secretary, Marine General (ret.) James Mattis and his public views of women’s role in combat, brought to question whether the policy would remain.[2] Despite support of opposition to the policy, women are currently permitted to serve in all facets of the military.  While it will likely be a slow integration process, integration of women into combat roles will allow for all personnel to apply for military jobs, bringing forth the most capable and diverse force that is best prepared to execute a wide variety of military missions around the world.

Women have been serving in combat roles for decades. In the Civil War, women disguised themselves as men so they could participate in combat operations.[3]  By the end of World War I, 11,724 women were enlisted in the Navy on the same status as men.[4]  Women broke the mold in WWII, serving in the Office of Strategic Services (OSS) as spies, often alone and with little support in dangerous areas, achieving incredible results.[5]  Despite great controversy, the president signed the bill that permitted women to attend the nation’s service academies in 1975, resulting in the first graduates in 1980.  Currently, throughout the war on terror, women have been serving in deployed positions where the lines of combat are blurred.  In Iraq and Afghanistan, many women engaged in direct combat and served proudly with their units, demonstrating that it is possible for women to officially operate in combat jobs across the army.  Women have attended selections to serve with Special Operations Forces (SOF) on Cultural Support Teams (CSTs), in the Civil Affairs (CA) and in Psychological Operations (PO) branches, successfully leading small teams in remote locations.  Based off their dedication and success, it was finally determined by US policy makers to retract combat exclusion laws on the basis of gender.  Just as any policy change, there are key aspects of integration that must be considered before implementation.  However, based off integration of other minority groups into the military, because women have been already operating in combat roles throughout the war on terror, and because leadership in the military is considerably the best in the country, integration of women should not be a difficult task to execute.

Since January 2016 in the US, women are permitted to serve in all roles, to include SOF, providing they are qualified and have met the set standards. Despite this change in policy, very few women have fully integrated into elite units for a variety of reasons which include the reevaluation of current selection processes and steps required to facilitate integration such as analysis of current physical fitness standards, living conditions, etc.  For example, this year the first women to attempted the Special Forces Qualification Course (SFQC), however to date none have successfully completed it.  However, three women successfully graduated from US Army Ranger School in 2015, albeit no changes in standards.  The military is not rushing the integration process, which is credible to avoid a “rush to failure.”  Finally, few women are interested in serving in combat jobs, and even fewer are physically qualified to do so. Based off this, the integration process has been slow, which is not a bad thing. It is better to ensure a smooth integration where standards are maintained, than emplace quotas to speed up the process, which will result in a less capable force and cohesion issues.

Women have served in SOF units for years to include intelligence, logistics and communications.  Women also serve in several of the Army SOF branches; Civil Affairs (CA), Psychological Operations (PO) and the Special Operations Aviation Regiment (SOAR).  The recent bill allowing women in combat opens up additional SOF opportunities including Special Forces, Army Ranger Regiment, Navy SEALS, Combat Control and Para Rescuers. Several women have made attempts at the various selections, however of all the attempts, one women successfully completed the Ranger Assessment and Selection Program (RASP), allowing her to serve within the Ranger Regiment, but not necessarily in a combat arms role.  Despite few women being selected into recently opened SOF combat roles, women have been serving in combat in SOF units throughout the wars in Iraq and Afghanistan, demonstrating that the integration of females into SOF is nothing new. Female CA team leaders deployed to Iraq and Afghanistan, leading their teams in remote locations while advising local government authorities on governance and development.  A specific example of this is throughout the Village Stability Operations (VSO) mission sets in Afghanistan, where women worked in dangerous locations, engaging in combat alongside Special Forces teams. CSTs worked alongside SF and Ranger teams, serving as a means to engage the female population, attaining valuable information and intelligence, while putting themselves at equal risk as their SF and Ranger counterparts. SOAR pilots and crews fly throughout contested regions of intense enemy fire, subjecting themselves to the same dangers as male pilots. These are only a few examples that illustrate the value and success of women serving not only in SOF units, but in direct combat.  While many men have yet to serve alongside women, many have, and have done so successfully. Based off these examples, integration into SOF should arguably be a smoother transition than women into regular army combat units, especially since SOF operators are more senior, mature and experienced officers and NCOs.

Policy change and integration is never easy.  Previous policy change such as the integration of Black Americans and homosexuals into the military was met with resistance, as is the integration of women.  Generally officers and senior personnel are more supportive than junior Soldiers and NCOs. A RAND study poll concluded that there is a lot of male resistance from especially junior soldiers and NCOs, but their opposition is not based off their actual experiences working with females, rather off of stereotypes of females as their mothers, wives and daughters.[6]  This indicates that premature assumptions are made about the type of women that will be successful in completing SOF selections.  Arguably, the women who are successful are completely different than the common stereotype of women.  After sitting on various boards and through sensing sessions at Fort Bragg, NC, much of the debate is based off of concerns that standards will be lowered.  Many others are concerned that women on SOF teams will disrupt cohesion of small teams, and others concerns lie in increased instances of misconduct and sexual harassment.  Arguably, women have successfully integrated into many other organizations that operate in remote locations such as the FBI, CIA, DOS and into firefighting units, demonstrating that integration of women is not insurmountable.  Additionally, if standards are kept the same, integration of women into SOF will only increase the caliber of units by allowing a wider range of personnel to attend selections, bringing increased diversity and capability to accomplish missions.  It is important to note that many SOF missions worldwide are not combat missions.  Majority of SOF personnel are currently serving in a variety of missions worldwide, helping build partner capacity, improve security, governance and development.  Women bring a more diverse expertise that can be useful when executing this wide variety of missions.  Additionally, military leadership is arguably the best quality in the country and capable of building cohesive teams.  If leaders promote the integration policies and actively enforce them, SOF and previously male only units will adapt to integration just as other units have in the past.

There are already women filling roles in SOF that they are better suited for, simply based off their gender. For example, CSTs were used in Afghanistan specifically to engage the female population with the intent of gaining information and intelligence, while forming relationships with local women, who are impressionable on their husbands and male leaders in their communities. Women can be better suited than men for a variety of other missions such as intelligence gathering, interrogations, and in advisory roles where local men may be more intimated by SOF operators than women. However within the US military, arguably, women are just as qualified to execute SOF missions as men, providing they can pass all set standards and training requirements.  The best way to conceptualize integration is by capability and not gender.  When a mission calls for gender specifics, whether male or female, an integrated military can adapt because ideally, both genders are represented. Many times, mission requirements, such as who is better fit to engage a key leader or deescalate a situation, are determined on the ground and cannot always be planned for. For example, if an SF team embarks on a mission and comes across a female, it is better to have one on the team than plan a follow up mission to conduct questioning. SOF personnel are trained to execute a myriad of mission types in various environments, and are prided on adaptability.  Often, teams do not know exactly what awaits them until they arrive at the objective location.  Mixed gender SOF teams will make teams better prepared to execute missions by providing a more diverse force that can better adapt to mission requirements.

Despite support or opposition for the policy, women are now permitted to hold jobs in all facets of the US military. While the integration process has been slow, the future will likely see women in SF, the Army Rangers, and Navy Seals.  Women have held key positions throughout US military history, and unofficially served in combat in all branches of the military. The military has also successfully adapted to change in the past to include the integration of Black Americans and homosexuals.  With the diverse mission set and high expectations of SOF units, women will only add to the versatility and adaptability in mission execution. SOF units operate all over the world in combat zones and in peacetime environments, making it more critical that they are comprised of a diverse and adaptable force. Women in SOF will enhance this adaptability and mission accomplishment providing standards and training requirements are not changed to fill political expectations and quotas.

[4] Kate Lindsay, “The She-Soldiers of World War One,” World War I Centenary, http://ww1centenary.oucs.ox.ac.uk/unconventionalsoldiers/the-she-soldiers-of-world-war-one/.

Jennifer Jantzi-Schlichter, U.S. Army, serves as a company commander in the 98th Civil Affairs Battalion. She holds a BS from the U.S. Military Academy and an MS from the Naval Postgraduate School. 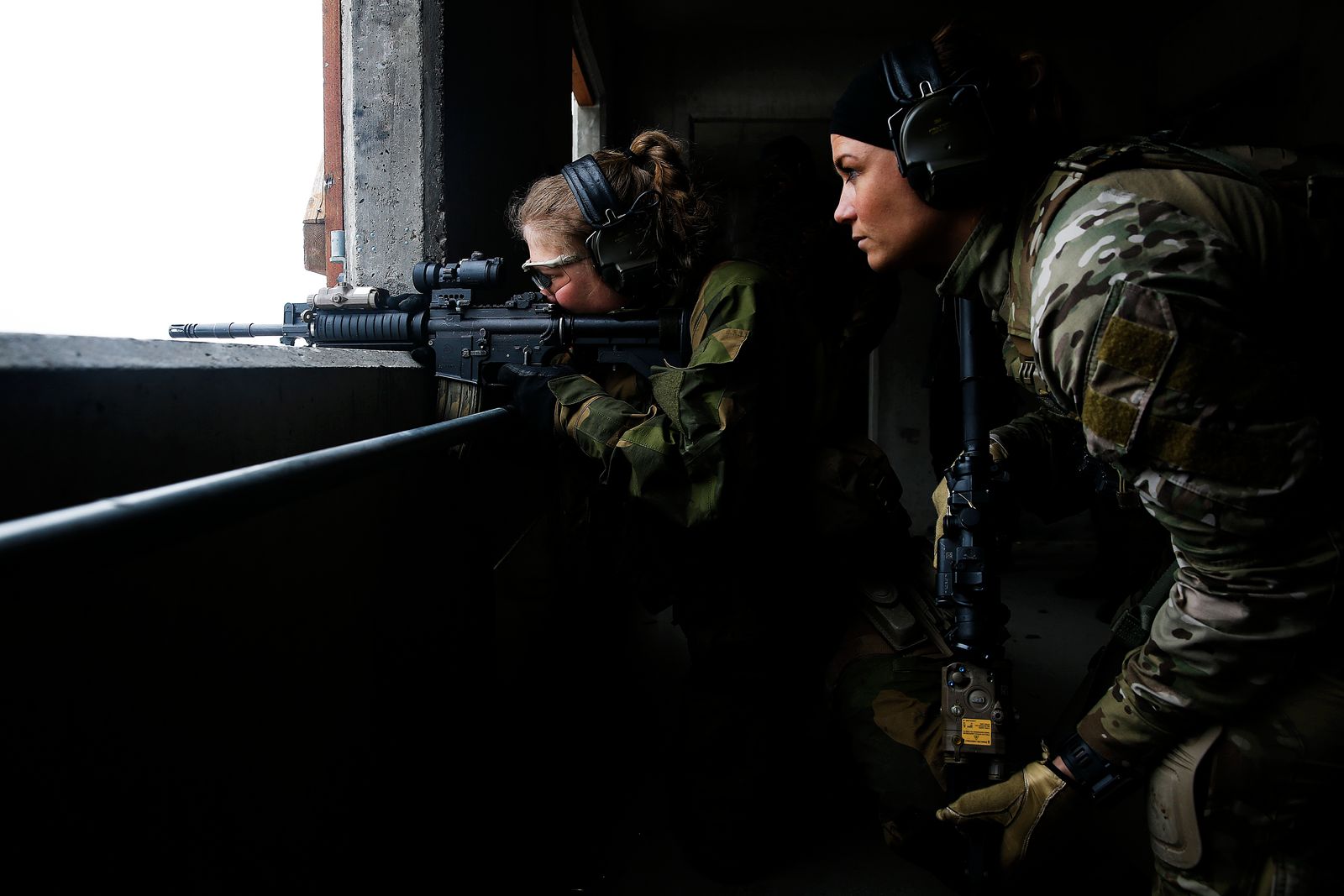 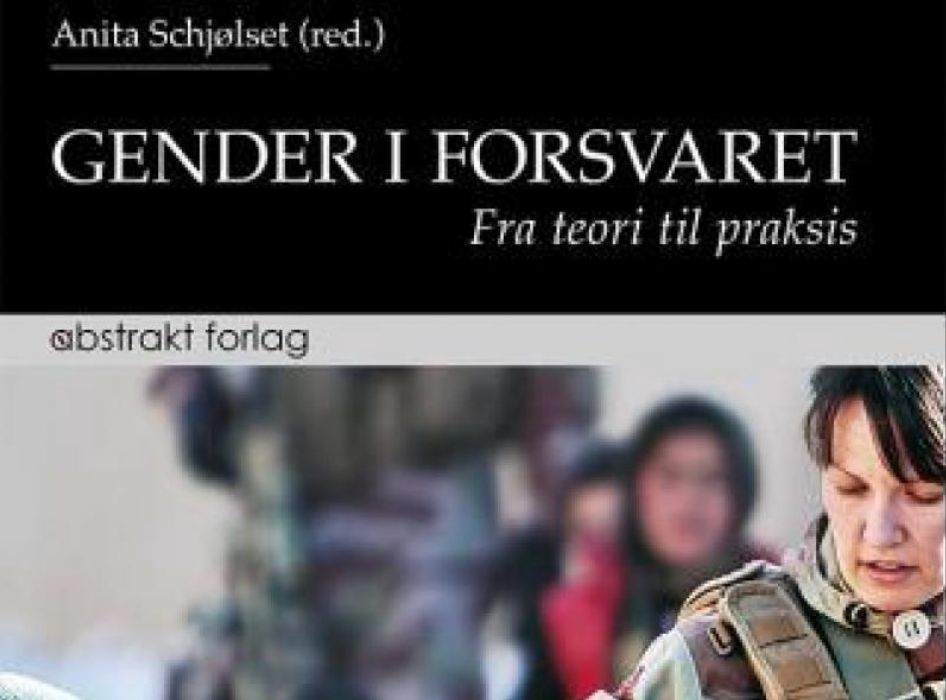 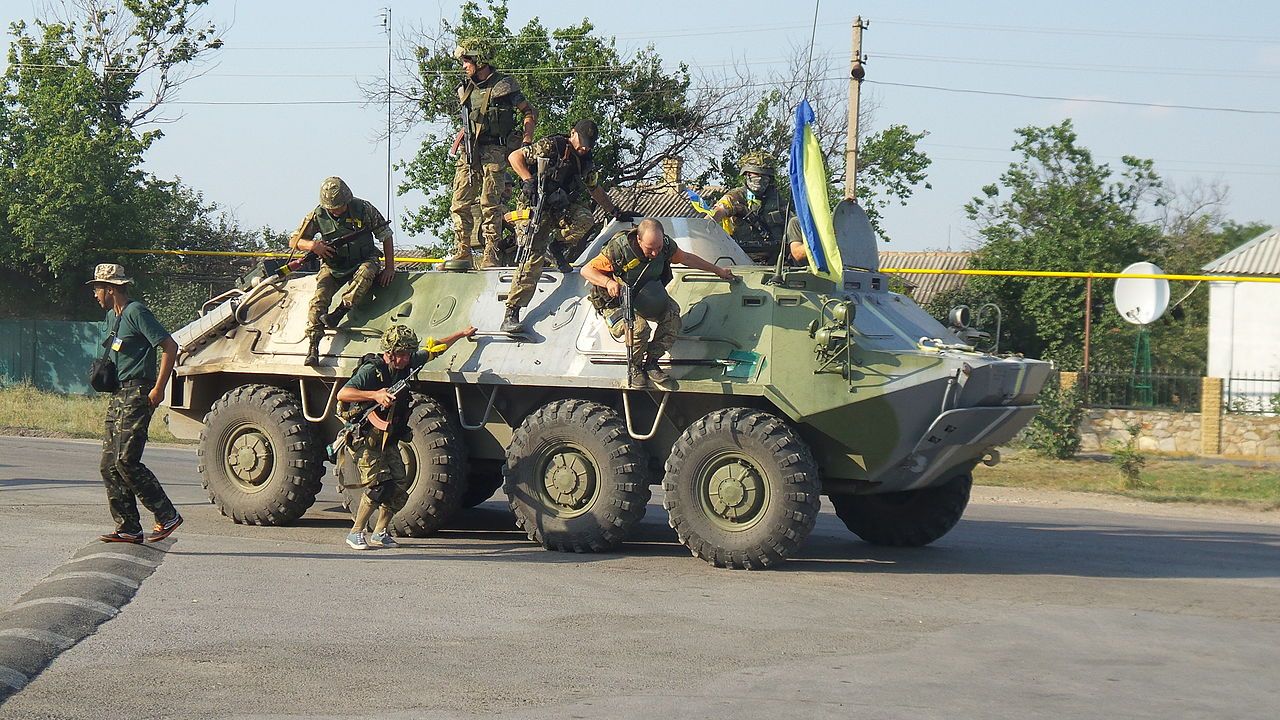