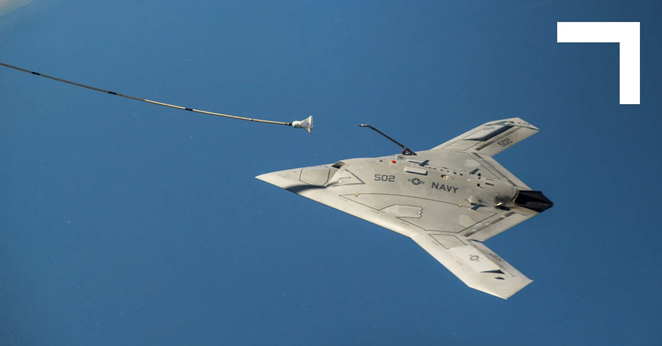 The possible implications of autonomous weapons in warfare

With new emerging technologies, the world is about to change. New technologies such as artificial intelligence and autonomy in computer systems will most likely revolutionise living in multiple ways. This development in technology also has a military interest because it signifies a shift in modern warfare. The ongoing militarisation of artificial intelligence and autonomy in computer systems is described as the third revolution in warfare after gunpowder and nuclear weapons (Future of Life 2015). Thus, there are significant advantages to consider when approaching the technologies.

In this paper, autonomy is narrowed to a technological understanding that acts inside computer systems in weapon systems. In this regard, the autonomous system in a computer processes the information its sensors perceive, which makes the use of armed force feasible. In other words, autonomy is about what tasks or functions are being performed autonomously in the computer system. Therefore, it is challenging to categorise autonomous weapon systems and separate them from non-autonomous weapon systems because they do not differ in appearance, such as an unmanned aerial vehicle from an autonomous aerial vehicle. However, an explicit distinction of autonomy in a weapon system is if the weapon system can select, identify, and engage targets without human interaction (Tamburrini 2016:122). A weapon system is autonomous if the autonomy functions are combined to operate a weapon with the intent to engage selected targets if activated as intended (Hellström 2012:5). An illustrative example is a land-based vehicle armed with a computational system to operate, for instance, a machine gun, a cannon, or a rocket system, which can decide to engage targets it identifies by itself. Therefore, autonomy in weapon systems is about how the weapon systems holistically identify, select, and engage targets without human interaction.

The way artificial intelligence is constructed and functions, permit the plausibility of autonomy in weapon systems. The systems’ learning algorithms enable adaptation, through trial and error, in the environment the system is in (Suchman and Weber 2016:87f.). The autonomous system registers its environment through its sensors, optimises and verifies the information, and then calculates the best way of action (Cummings 2018:8). With the help of pre-defined operational parameters decided by humans, the weapon system can identify, select, and engage targets from what the artificial intelligence deems appropriate (Haas and Fischer 2017:286). Claiming this does not imply that autonomy today makes it attainable for autonomous systems to write their algorithms. However, with the advancements in deep learning, increased sophisticated forms of artificial intelligence in the future might make it achievable to learn from experiences. Thereby, the consequences of this make it plausible for the system to write its algorithms (Scharre 2018:86f.). A clear and consistent distinction for autonomy regarding the latter is that autonomous systems will not generate a corresponding behaviour as automatic and automated systems but instead produce different behaviours and become unpredictable (Cummings 2018:8). In other words, autonomy in systems is sophisticated enough that the intern cognitive processes are less understandable for the user, enabling unpredictable decisions. The user might comprehend what kind of tasks the autonomous system will solve but not how it will solve them.

The principle of distinction

The principle of proportionality

The principle of proportionality originates in articles 35(2) and 57(2) in the first additional protocol of 1977 of the Geneva Conventions. The principle refers to engagements expected to create excessive or unintentional harm on non-legitimate targets and demand that the damage caused is not disproportionate to the military advantage. Therefore, the principle of proportionality prohibits engagements where the incidental loss exceeds the military advantage (Protocol I 1997:258,269).

Today, it is challenging to comprehend if autonomous weapon systems can calculate proportionately when engaging targets on the battlefield. Challenging it is because of the unknowns regarding the sophistication of today’s existing artificial intelligence. This uncertainty is also relevant in the foreseeable future because of the concerns regarding the technological advancement of artificial intelligence. Noel Sharkey argues: “[…] there is no sensing or computational capability that would allow a robot such a determination, and nor is there any known metric to objectively measure needless, superfluous or disproportionate suffering” (Sharkey 2008:88). Today, weapon systems with the intelligence equivalent to humans that enable selecting and identifying targets correspondingly as human soldiers are considered hypothetical.

The principle of superfluous injury or unnecessary suffering

The option to designate methods and means to engage targets, which results in minor damage on non-legitimate targets without sacrificing the military advantage, appears to be the main controversy regarding the debate about the implication of utilising autonomous weapon systems. The principle of superfluous injury or unnecessary suffering, also interpreted as a prohibition, originates in article 35(2) in the first additional protocol of 1977 of the Geneva Conventions. The principle of military necessity, article 51 and 57 (Protocol I 1977: 265f.;269), elaborates the principle of superfluous injury or unnecessary suffering. The articles establish criteria for which methods and means that applies to achieve a military advantage.

The principle of superfluous injury or unnecessary suffering does not necessarily restrain the use of autonomous weapon systems. Today, there is inadequate data to conclude whether autonomous weapon systems will be vulnerable to violating the principle of avoiding superfluous or unnecessary suffering. By obtaining sophisticated identification- and targeting capacities that surpass human cognitive abilities, autonomous weapon systems on the battlefields can help decrease the number of deaths and injured (Ronald Arkin, in Tamburrini 2016:124). Incidental loss becomes more unproblematic to accept if the functions that assist the weapon system engage targets are not predictable. The use of autonomous weapon systems can be comparable to the utilisation of artillery, for example, the use of self-propelled howitzers. When deploying artillery to engage targets, there is a probability that some shells can land outside the target area. However, a situation like this will not violate the principles in the international humanitarian law, as long the incidental loss does not exceed the military advantage.

Military decision-makers should consider the probability that autonomous weapon systems can violate international humanitarian law to a higher degree than human soldiers can. However, the deployment of autonomous weapon systems on the battlefield is not necessarily juridically or ethically challenging. For example, this could be in defensive situations, such as missile defence, or offensive situations on battlefields where non-legitimate targets are not present. Several of the contemporary battlefields are in urban areas. Therefore, non-legitimate targets will most likely always be present. Hence, the challenges are also significant considering implementing autonomous weapons as an offensive capacity than defensive capacity. The last point to highlight is that a more sophisticated artificial intelligence than what exists today is fundamental if autonomous weapon systems could accommodate the principles of international humanitarian law. Artificial intelligence can allow autonomous weapon systems to conduct operations where speed and precision are critical, with an increased probability for success than with the use of humans (Horowitz 2018).

Nevertheless, is it not premature to stress the urgency that political and military decision-makers to be concerned about the risks of violating international humanitarian law when implementing autonomous weapons on the battlefield. Employing these weapon systems without any concerns would be irresponsible and unethical. However, establishing awareness of the likelihood that autonomous weapon systems can violate international humanitarian law might mitigate this from occurring to a significant degree. However, this can only realise itself by the political and military decision-making knowledge about these distinct issues.

Succeeding securing awareness, as aforementioned, an answer to human control and accountability remains unsettled. Especially securing sufficient human control over autonomous weapon systems, despite whether the principles of international humanitarian law will survive a high-technological war between great powers, is believed to be in most states’ interests.

Horowitz, Michael, 2018: 'The promise and peril of military applications of artificial intelligence, thebulletin.org, the 23rd of April <https://thebulletin.org/2018/04/the-promise-and-peril-of-military-applications-of-artificial-intelligence/> [Last accessed: 11.10.21]

Protocol I, 1977: 'Protocol Additional to The Geneva Conventions of the 12th of August 1949, and Relating to The Protection of Victims of International Armed Conflicts (Protocol I), of the 8th of June 1977’, ihl-databases.icrc.org, <https://ihl-databases.icrc.org/applic/ihl/ihl.nsf/INTRO/470> [Last accessed: 10.10.2021] 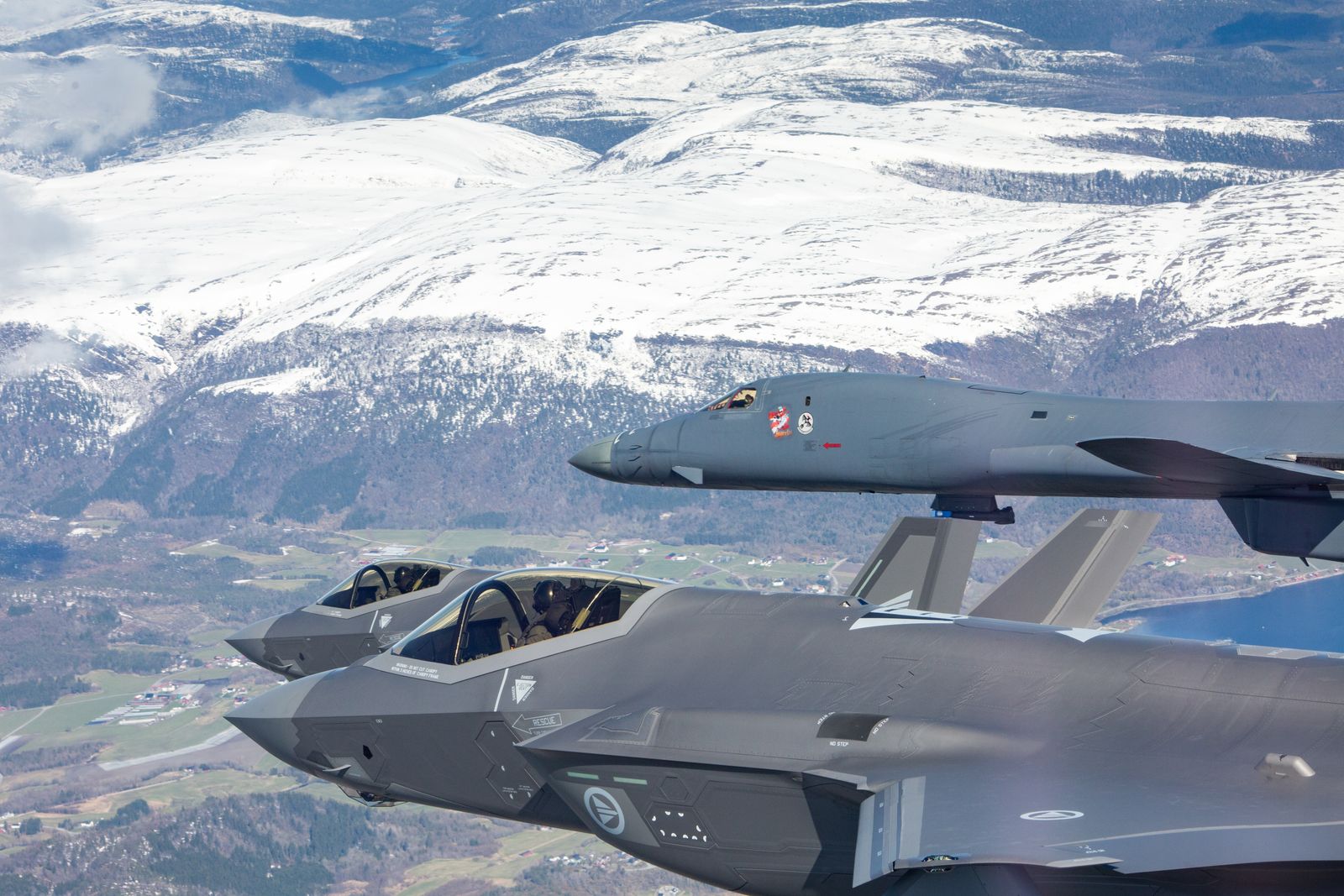