Colonel from the French Army. Head of the Transformation Delivery Division at NATO Joint Warfare Centre

Battle is the final objective of armies and man is the fundamental instrument of battle. Nothing can be prescribed wisely in an army — its personnel, organization, discipline and tactics, things which are connected like the fingers of a hand — without an exact understanding of its ultimate instrument, man, and his morale, at the defining instant of combat.

At a time when NATO's operational environment is changing rapidly and potential threats are increasing, the traditional factors that the Alliance may have historically considered as the basis for its military superiority are becoming increasingly less relevant. Nevertheless, it is still the human factor which is the biggest asset in NATO. The Alliance has "borrowed" the idea of human capital development from the business world, which seeks to look beyond the traditional standpoint of human
resource management and explore all aspects of human factor optimization across the organization. In the context of NATO, human capital enhancement is defined as "The men and women fulfilling roles in the NATO Command and Force Structures; the doctrine, organization, and leadership that guide and support them; and the training, technology, material and information that enable them." But if it is our people that give NATO its "edge", then optimizing this edge requires a deliberate effort to stimulate a culture of innovation, evolution and transformation across our leadership, command organizations, processes and the enabling training technologies. Within NATO, this effort is currently being led by Headquarters Supreme Allied Commander Transformation (HQ SACT) under the "Human Capital Enhancement" line of effort. As with any new domain, it requires support and reinforcement by Nations in order to achieve the required transformation.

Following World War II, transatlantic nations had to address the challenge of the Soviet hegemony. The 1949 Washington Treaty was the response to that. While that threat was a clear and present danger, which was defined mostly by a dissymmetry in the conventional domain, it was also based on agreed rules and norms. The threat to the Western nations was, in many ways, compensated by some assurance that the technological superiority — the industrial power of the United States and the superior Command and Control (C2) doctrine of the Western armed forces — would constitute a strong deterrent and thus balance out the perceived dissymmetry. History demonstrated the soundness of that thinking. However, after the end of the Cold War, and taking stock of the lessons identified in Operation Desert Storm and many of the other limited conflicts during the 90s, two Chinese officers developed the theory of Unrestricted warfare.  Aware of the supremacy of the United States and the West more broadly, potential hegemons put forward the first rule: there are no rules, no measure is forbidden and the accomplishment of limited, tailored objectives can be achieved by combining effects across multiple domains in warfare, such as cultural warfare, financial warfare, media warfare, cyber warfare, economic warfare, terrorism, psychological warfare and radical ideology.

The advent of "unrestricted warfare" and its different variants was abetted by two factors: the desire of Western democracies, especially in Europe, to secure a "peace dividend" through reducing defence spending, and, by the increasing availability of dual technologies that can provide "off the shelf " capabilities to hostile actors. Author Mark Urban provides a telling example of this in the opening chapter of his book, The Edge,  when he compares the Royal Navy of his childhood at the Spithead Naval Review in 1977 to its current status: "The Royal Navy's force of destroyers and frigates, the workhorses of the surface fleet, has shrunk from 70 at the time of Spithead to 19 today."

And he makes it clear that the situation is even worse in most European nations and in the other services. The recent use of ordnance-carrying drones in the Middle East by relatively modest armed forces is an illustration of the increasing employment of such "equalizing" technologies within the current and future operational environment. The much-vaunted narrative of superior and more efficient "C2" in Western armed forces and its enhanced "productivity" in comparison with other over-centralized chains of command are also being questioned.

General Stanley McChrystal, former ISAF Commander, detailed  how the U.S. Special Forces in Afghanistan came to realize that the "productivist" approach to C2 that had provided the edge of Western forces, was no longer adapted to the new environment. He stated that, "while efficient on a scale that the challengers we faced could never have imagined, we were beginning to understand that the new world was not just incrementally different from the old one in a way that could be fixed with a new, yet more intricate set of precise instructions delivered from on high. Our efficient systems [...] could not bring us victory."

In many ways, one can say that our staffs today are conducting the 21st Century warfare with the 20th Century organizations, based on decision-making processes and principles defined in the 19th century. Thus, if we accept this premise, within the current and foreseeable operational environment, NATO is at risk of no longer enjoying an operational "edge" against its potential adversaries, therefore potentially raising doubts about its ability to successfully deter and, if necessary, defeat those adversaries.

Given the shrinking of the operational edge, what are the advantages that NATO Nations retain in the current and future operational environment? Or better still, what is the inherent DNA of those Nations that agreed to sign the Washington Treaty of 1949 creating the transatlantic Alliance? The preamble of the Washington Treaty states that, "[Parties to the Treaty] are determined to safeguard the freedom, common heritage and civilization of their peoples, founded on the principles of democracy, individual liberty and the rule of law."

Culture and values matter. The Armed Forces of the constituent Nations are a reflection of those values: the principles of "mission command" and "decentralization of command" have been embraced across the NATO Armed Forces because Alliance Members understand the critical role their personnel play in defending them. Their ability to combine critical thinking and creative thinking, to adapt to changing conditions, and their adherence to, and defence of, the democratic principles and the primacy of the rule of law are the bedrocks of our Western democracies. These traits are key enablers for our operational success. And, in a fast-changing environment, the value of the Alliance's "human capital" to design novel solutions and enable the lowest echelon to find the right solution to unforeseen situations cannot be underestimated.

If this is true today, then it will become even important tomorrow with the increasing role that, for example, Artificial Intelligence (AI) is deemed to play in C2 of military operations. The "Future of the Command Post" study, published by NATO's Command and Control Centre of Excellence,  states that, "we stand on the brink of a technological revolution that will fundamentally alter the way we live, work and relate to one another. In its scale, scope, and complexity, the transformation will be unlike anything humankind has experienced before."  In that context, AI will most probably increasingly contribute to changes in the way leadership is exercised. Trust in the ability of lower levels of command to exercise control in a decision loop that will be at least partially automated, will be put at a premium. The need to manage this increased complexity will require the ability of command structures to self-configure and re-configure (i.e. the idea of a "team of teams" advocated by General Stanley McChrystal).

The skills needed to adapt to collective decision-making in the future require the development and enhancement of the inherent qualities that are already present across the Armed Forces within the NATO Nations. However, they can only be optimized in the near future through a deliberate and dedicated effort by NATO and the individual nations. Up to now, NATO did not have a comprehensive policy to support this required effort.

As stated in the Human Capital Development Concept Paper, to date, "efforts to shape our future forces and prepare them for the next fight have been informed and shaped by feedback and lessons learned from training, exercises, and operations. Though well intended, this fact-inspired effort puts NATO on a reactive footing, with a limited horizon approach, since the focus has been put on quick wins and short-term course corrections. This approach may inhibit critical thinking, innovation and the introduction of emerging technology and it behooves us to take a more proactive approach in preparing our personnel for future challenges." So, what form should this effort take to make the most out of this NATO asset and how to ensure that effort succeeds?

While traditional human resources management has an important role to play, this is a much broader capability development effort encompassing all dimensions of the DOTMLPF (Doctrine, Organization, Training, Materiel, Leadership and Education, Personnel and Facilities). First and foremost, it will require a real change in mindset. There is an unavoidable tension between (1) what we know and are comfortable with, with, (2) what we need to do in order to stay relevant and maintain the "edge". This is the tension between time-tested best practices to enhance leadership and embracing collective decision-making and the higher risk of short term failure associated with implementing innovative ideas and practices in order to create disruptive advantage over potential adversaries. The implementation of innovation is about striking the balance between realism and creativity. This is primarily about fostering a culture where individuals are encouraged to be creative and to "think outside of the box" and where failure is used as a learning tool, rather than as a negative outcome in itself.

One of the major conclusions of the first seminar on "Human Capital Development/ Enhancement" that was organized at the Joint Warfare Centre by HQ SACT in March 2019 was that innovation permeates all of the three other major domains of human capital enhancement: leadership development, organizational effectiveness and learning methodology.

NATO needs to enable all leaders by fostering an environment that embraces technology, where creativity, innovation and initiative are encouraged. One needs to realize that there is a tangible risk of a "generation gap" between the senior leadership and a generation of "digital native" staff officers. Thus, the goal is, inter alia, to develop leaders comfortable with very fluid organizations and, increasingly, AI-based decision-making tools. Leadership development and organizational effectiveness are intricately linked. As technology advances at an exponential pace, organizations must continually adapt their structures and processes to best exploit the benefits these technological advances pose. Innovative approaches like "design thinking" and improving talent management processes enhance productivity, efficiency and improve morale. Leaner, distributed "command posts of the future" will rely increasingly on self-organizing "team of teams", which is particularly relevant for a multinational alliance. But they are only as good as their weakest elements. It thus requires not only a sound and flexible organization, but also a specific organizational culture that fosters both innovation and collective action. This is the specific goal of the very successful "One Team Programme" put in place at the Joint Warfare Centre six years ago.

Advances in cognitive processes should be leveraged in order to address some of the leadership development and organizational effectiveness challenges we are facing. Learning methodology includes both the framework and delivery of NATO's educational processes. NATO needs to incorporate modern educational training methods like synthetic learning, virtual reality, AI and advanced distributed learning (ADL) and provide the necessary framework to deliver and speed up these modern educational solutions. Rigorous education and training will ensure our personnel are ready for complexity and uncertainty, while helping us develop innovative solutions to future challenges. Ultimately, collective defence challenges will require both NATO and our Nations to rely increasingly on human capital enhancement to maintain the operational "edge" and deliver the military superiority required to deter and prevail against current and future threats.

Colonel from the French Army. Head of the Transformation Delivery Division at NATO Joint Warfare Centre 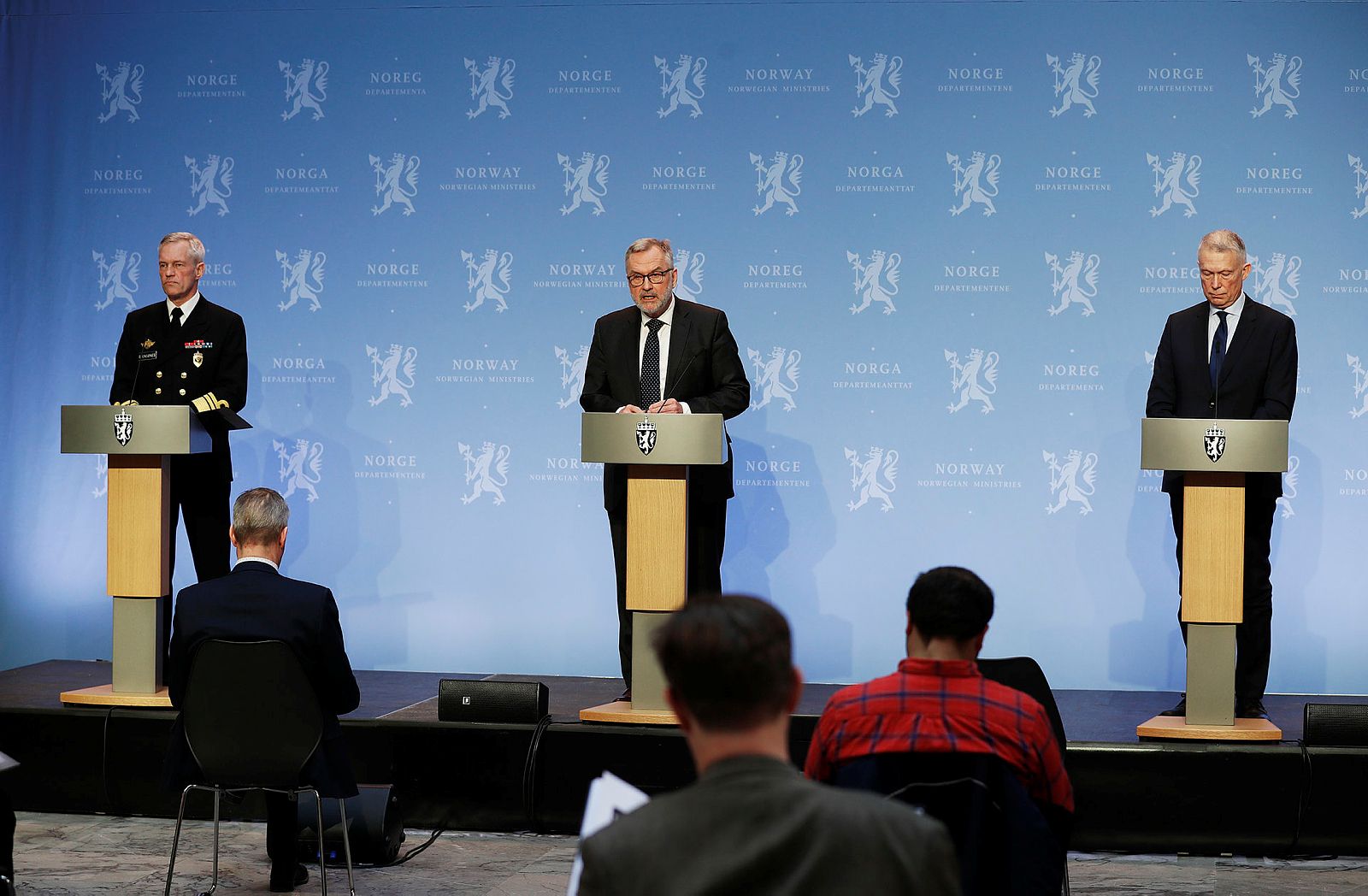 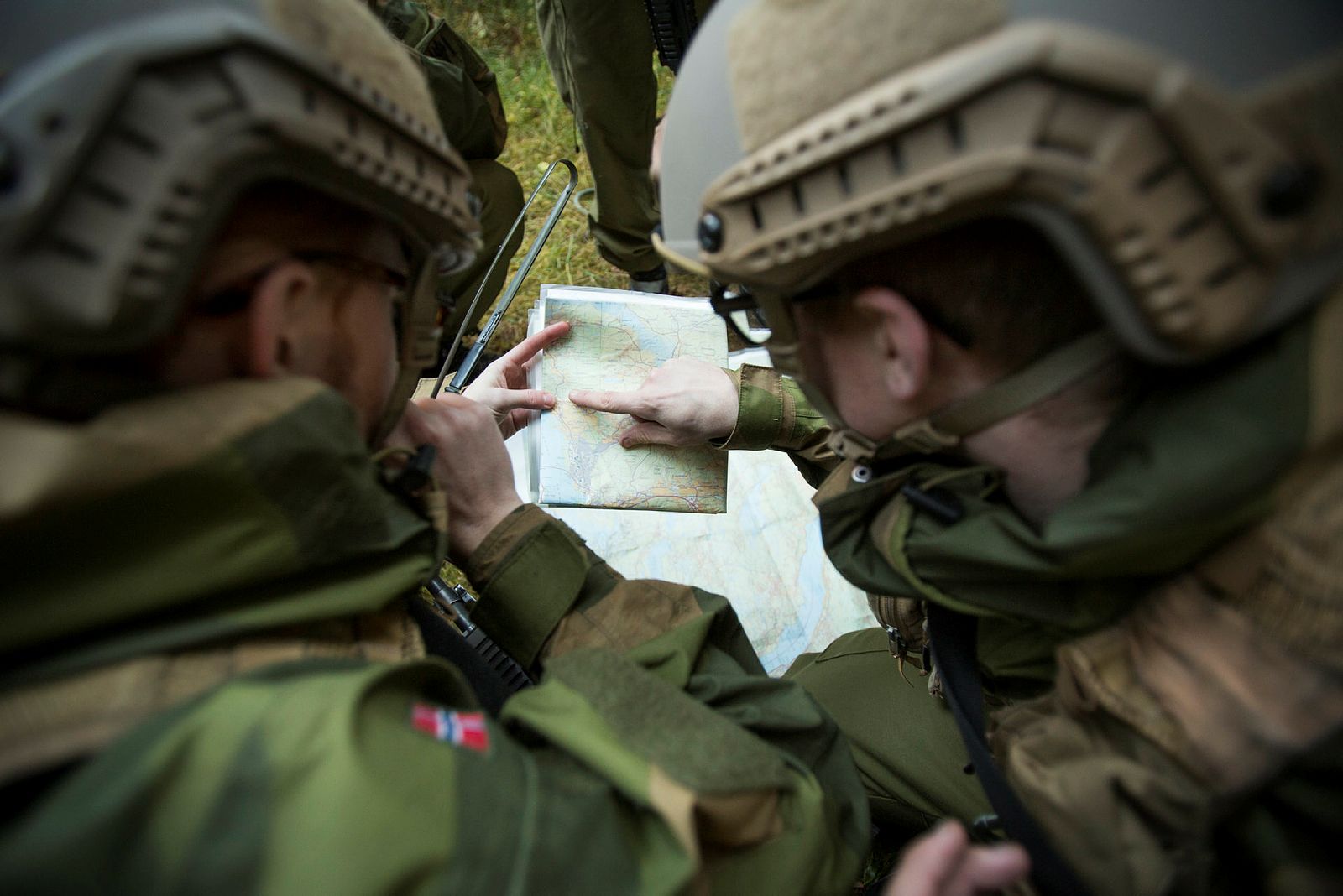